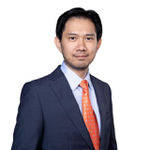 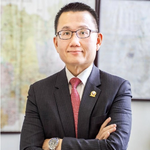 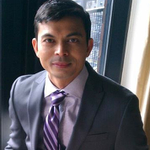 CEO of BONGLOY PAYMENTS PLC and Chairman of CAFT 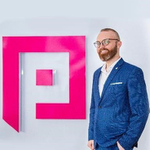 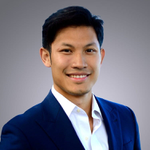 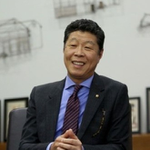 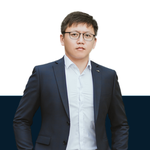 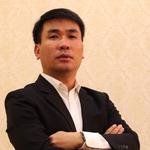 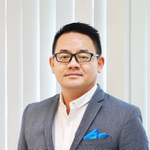 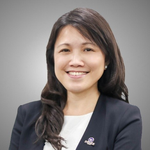 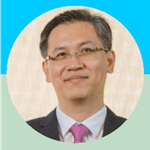 Chairman of CMA & CEO of AMK 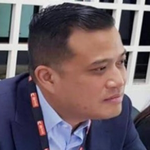 Dr. Vanmunin Chhieng has many years of experience working in the ICT industry. He has been consulting Startups, SMEs, and Nationals & International Corporations across all various sectors within the ICT industry. With a lifelong commitment to entrepreneurship, Dr. Vanmunin brings a unique perspective from extensive years of experiences working with these diverse sectors such as University, R&D, Banking, Telecom and Fintech. At each workplace, Dr. Vanmunin brought together talent, technology and visionary to build a business for the future.
Before accepting the role as CEO of Khmer Enterprise, Dr. Vanmunin started his career in IT sector in Australia. His academic and industry experiences includes: UNSW — an Australian University, Data61 — an Australian government’s centre of Research and Excellence, Macquarie Bank — an International investment bank, Freelancer.com — a multi-million dollars online business, NBNCo — an Australian National Broadband Network, eBay — an eCommerce retailer, Data Republic — a Security Data Exchange, RGC — Royal Government of Cambodia. Dr. Vanmunin Chhieng hold a PhD in Computer in Computer Science and Engineering from UNSW, Australia in 2008.

Mr. Raymond Sia currently serves as Chief Executive Officer and Executive Board Director of Canadia Bank. Prior to joining Canadia Bank, Raymond served in various senior management and leadership roles with international and regional banks in Malaysia and Vietnam, namely Public Bank, Standard Chartered Bank and Hong Leong Bank Vietnam where he was the Chief Executive Officer/General Director. He has more than 25 years of banking, treasury and financial services experience across multiple senior management roles in Malaysia, Vietnam and Cambodia.

CEO of BONGLOY PAYMENTS PLC and Chairman of CAFT

Chanda Pen is a technologist, entrepreneur and photographer. Chanda has over 15 years of product development and systems design experience. Chanda is the Co-Founder/CEO of Bongloy, a Southeast Asia based ﬁntech company focusing on open API for card issuance and digital payment infrastructure.
He is currently serving as a Council Member of the Association of Banks of Cambodia (ABC), Chair of the National QR Code Task Force Committee, and Chairman of Cambodia Association of Finance and Technology (CAFT). He is also a Fintech Lecturer at the National Institute of Post and Telecommunicators and ICT (NIPTICT).
Chanda holds a Bachelor of Science degree from Barry University and an Executive Master of Science in Technology Management from Columbia University in the city of New York.

Tomas is the CEO and Founding Member of Pi Pay Plc. During his 4 years of leadership, Pi Pay has grown to now Cambodia’s leading FinTech Company. Under his management and facilitation, Pi Pay has successfully concluded a merger and acquisition transaction with Smart Axiata Co., Ltd, member of Axiata Group Berhad one of Asia’s largest telecommunications Group.

Having over a decade of experience in specifically digital commerce, technology, and mainly fintech sectors he is a major contributor to the FinTech and Finance industry and serves as the Secretary General of Cambodia Finance & Technology Association and was previously co-chair for E-Business Group under the British Chamber of Commerce. Tomas is currently also pursuing expansion of his entrepreneurial activities in the region and focuses also on MBA degree in Global Business Leadership in pursuit of a passionate belief of continuous education and that everything can always be done better.

Bora Kem is a Partner at Mekong Strategic Partner (MSP), a corporate advisory and investment firm specializing in the Mekong Region. MSP is a general partner of the Smart Axiata Digital Innovation Fund, a venture capital fund that invests in technology companies in Cambodia. Previously, Bora was a manager at Equilibrium Capital Group, a sustainable real asset investment firm with over $2 Billion of capital on its investment platform. Bora began his career as an investment associate in the Global Equity Research Group at Putnam Investments, a diversified investment management firm with $140 Billion of asset under management. Bora was also an investment consultant at Leopard Capital. Bora has a B.A. in economics from Dartmouth College, an MBA in finance from the Kellogg School of Management at Northwestern University and an international management certificate from the London School of Economics and Political Science (LSE).

Mr. SHIN, Chang Moo is CEO and President of Phnom Penh Commercial Bank (PPCBank), one of the most innovative and fastest growing commercial banks in Cambodia. When JB Financial Group in Korea, where he had worked as CFO and CSO for 3 years, acquired the bank, Mr. Shin was transferred to his new position to complete post-merger integration and lead business restructuring process. Throughout his previous career at international consulting firms such as Price Waterhouse and Arthur Andersen from 1998 thru 2002, he had been in charge of numerous strategy and financial consulting projects for major commercial banks in Korea.

Mr. Shin was also an investment banker at Daishin Securities for 7 years in its HO, Korea and also its US subsidiary. His IB career extended further at CLSA, investment banking arm of Carlyon in Hong Kong. He was also one of the founding partners of Pegasus PEF in Korea, where he served as a CEO and CIO for 5 years until 2013 before he joined JB Financial Group.

Mr. Shin was born and raised in Seoul, Korea. He obtained his BA degree at Sogang University, Korea in international politics and MBA at University of Iowa in 1989.

Evgeny Kagay (Jim) is one of the pioneers in the fintech space in Cambodia that has paved the way for a wider acceptance of cashless ecosystem in the country.
In his early career, he established an educational start-up in the post-Soviet era enabling him to travel and explore Russia and SE Asia which eventually led him to Cambodia.
In Cambodia, he was the General Manager of PayGO SEA Cambodia Co., Ltd. for 5 years, positioning PayGO as Cambodia’s leader in payment collection and aggregation. He also led M&A of SpeedPay Plc. by GHL Systems Berhad Sdn Bhd. making it the first notable fintech acquisition in the country, especially by an internationally listed company.

Currently, he is the Founder and Managing Partner at DQD Co. Ltd. and VP for Strategic Tech Transformation at Idealink Group which he utilizes his educational background and Fintech knowledge to drive business growth through lean operating models, utilizing innovative market analysis and data trends, and effectively launching profitable businesses and products.

Mr Pham Doan Cuong is a CMO of Metfone, The leading mobile operator in Cambodia. He is currently serving as Chief Executive Officer of the E-MONEY PAYMENT SOLUTIONS PLC. He holds a Bachelor of Business Management degree from Post and Telecommunications Institute, Hanoi, Vietnam and he also got MBA from University of Sunderland, United Kingdom.

Chin Wan challenges, informs and entertains his audiences on many of the key issues in digital banking, in order to stimulate ‘out-of-the-box’ thinking to help organizations generate new visions, strategies, products and services. A futurologist with a foresight in digital banking, and Chief Technical and Digital Officer of Canadia Bank, Chin Wan’s 20 years diverse banking career has made him recognisable as one of the region’s leading digital banking expert. Chin Wan’s technology and business experience spans over 20 years in the domains of strategy, operations, technology, web and mobile platforms for banks. He is a Bachelor of Science in Computer Science from Campbell University and has been on various speaker panel in the banking conference around the region.

Ms. Jennifer Lee is the Chief Data and Technology Officer at Prince Bank Plc. She has extensive experience of over 25 years in different technology related industries. She has worked as a digital service provider, a technopreneur and set-up an enforcement technology start-up. Before joining Prince Bank Plc she was with the telecommunications industry, working in a fully digital telco in Malaysia, known as webe digital. Subsequently, she has led the Broadband and Mobility Convergence Project and customer in Telekom Malaysia and TM Research & Development. Her key competencies relate to project management, and digital innovation, strategy and implementation. Ms. Jennifer Lee holds a Bachelor of Mass Communications (Hons) from the University of Science Malaysia.

Chairman of CMA & CEO of AMK

Mr. Kea Borann is the Chief Executive Officer of AMK since 2012 and the Chairman of CMA since 2018. He has been with AMK since 2004 in different roles, and has held various leadership roles throughout the development of the organization, such as Finance Manager, Chief Finance Officer and Deputy CEO. Before joining AMK, he worked for another MFI as the Finance Director. He holds a BBA in Finance and Accounting. He received ACCA (Association of Chartered Certified Accountants) accreditation and was accepted as an ACCA member in 2008.

Remi is an entrepreneur & investor who has multi-industry experience in the sectors of banking and financial services, travel and tourism, and lastly fast moving consumer goods (FMCG) personal care products. Remi started his career with Bank of America which is one of the prominent global financial services company that was the first to offer coast-to-coast banking in the U.S. Currently, Remi is serving as IPay88s Managing Director and is responsible for its growth and presence in Cambodia for over the past 3 years. Remi also sits on the Cambodian Association of Finance and Technology (CAFT) board as their Treasurer and is a graduate of La Sierra University with a degree on International Business.