Add this event to any of these calendars

In reference to the articles of the Association and the endorsement of the Council, for and on behalf of the Chairman of the Association of Banks in Cambodia (ABC), we wish to notify you of the forthcoming ABC Annual General Meeting as below:

The draft agenda is attached herewith. As mentioned in the Article 19.1, if any members wish to raise any matter for the AGM's Agenda, please do so latest 14 days before the AGM date.

19.1. The Annual General Meeting of the Association shall be convened by the Council not later than the 31st day of March in each year upon a date and at a time and place to be fixed by the Council for the following purposes:

The CEO or Senior representative of each member bank is invited to attend "ABC's AGM". The participant shall have the right to make decisions during the AGM. If you wish to nominate your representative, please refer to article 25 of the Articles of the Association and complete the proxy form as in the attachment herewith. The proxy form is to be submitted to ABC by viacommunication@abc.org.kh

Shall you have further inquiries and questions about the AGM, please do contact the ABC secretariat via email: communication@abc.org.kh 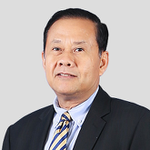 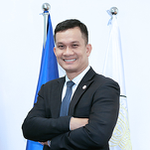 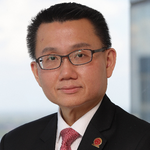 The Association of Banks in Cambodia
Phnom Penh, Cambodia

For additional event or venue information, please email communication@abc.org.khYou can also reach us at +855 23230611